JUNE 1, 2016
​FIELD TRIAL HALL OF FAME: Requirements are first that their credentials for consideration should be based on two criteria: “Performance and Production”.
This site will show the recorded wins and accolades to exceed the first part — performance. The production is shown in all the winning first, second, third and fourth generations in the trials reported in the AMERICAN FIELD.

All of the above accomplishments were due to the late FRED DILEO’s persistence in pursuit of excellence since Funseeker's Rebel - ‘TY’ was whelped; also to Andy Daugherty who graciously accepted continuing running “TY”, winning the Quail Championship Invitational without prior working with him and others to the end of his short career.
THANK YOU to all of the persons that have voted for Funseeker’s Rebel for the Hall of Fame in the past several years. We hope you consider voting for him again this year with your ballots.
Thanks to all of the judges that looked over him and his admirers, also to all the landowners without whom there would be no field trials.
Thank you, last but certainly not least, to my wife Mercy as she was the one that bred our dogs (two generations above Ty) behind my back as a surprise, producing Ch. Funseeker’s Gem (which won several championships), dam of Funseeker’s Rebel and three winning littermates. Mercy has always been my fearless amateur scout. Thanks for following me in all my endeavors, and pushing at times when needed. Without her none of this would have been possible.
— Frank J. Fonseca 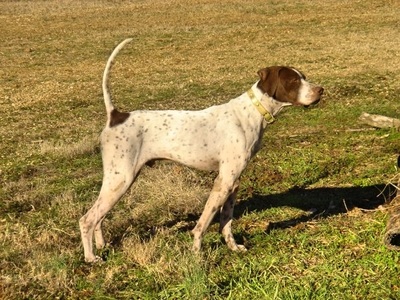 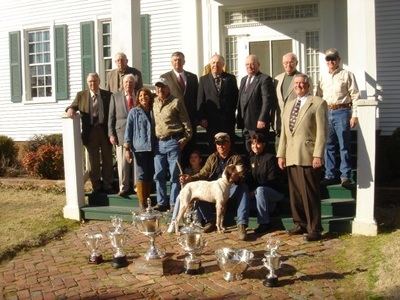